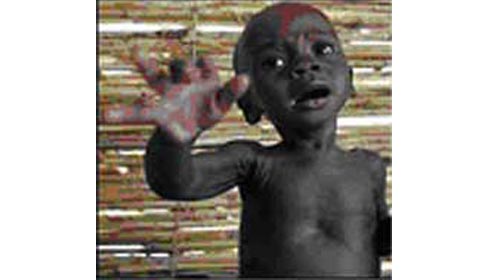 30,000 kids died unnecessarily today and it didn’t even make the front page of your newspaper.    Another 30,000 kids will die unnecessarily tomorrow, and the day after that,  and the day after that UNLESS something changes.   This shocking information – which should stop anyone with a heart and soul in their tracks – comes not from some science fiction movie but from the United Nations website where you can see if for yourself:

“Eleven million children a year – 30,000 a day – die from preventable or treatable causes”

These kids didn’t die in school shootings.   For whatever reason, if any of them had died that way, you would have heard about that on the front page of your newspaper.  But these 30,000 kids that I’m writing about who died today (as well as a different 30,000 kids who died yesterday, and yet another 30,000 who will die tomorrow) their deaths could  EASILY be prevented.  As the United Nations link above at page 18 also notes:

“Most of these children . . . die from a disease or a combination of diseases that can be prevented or treated by existing INEXPENSIVE means.  Sometimes, the cause is as simple as a lack of antibiotics for treating pneumonia or of oral rehydration salts for diarrhoea.  Malnutrition contributes to over half these deaths.”  (For more on unnecessary deaths from hunger see this page.)

The 60 Minutes television news show in the U.S. justaired a segment about combatting child malnutrition with a food product called “Plumpynut”, similar in texture to peanut butter, which was saving kids lives because it contains vitamins and nutrients, and most significantly does not need to be refrigerated.  1 out of 4 people in the world still don’t have electricity (see my front page story on that here), and as 60 Minutes points out, this makes it impossible to give kids milk and other perishable food.  Plumpynut contains sugar which made even the very hungry children – whose extreme hunger had actually taken away their appetite- eat the sweet substance & become revived – and all it took was some nutrients.  Merely providing nutritionstopped child hunger deaths in their tracks. (Errr, yeah, I guess food will have that effect on people and why everyone on the planet should have it maybe?).   See the revival of the lucky recipients depicted on the show for yourself as well as video of the kid for which Plumpynut came just too late at www.cbsnews.com/stories/2007/10/19/60minutes/main3386661.shtml and ask yourself how long the world is going to take to get dire emergency provisions like this to all else who need them; not to mention real food,  electricity, water and sanitation to avoid all this senseless suffering and death.  60 Minutes did not address these questions, nor indicate when real food is being trucked into this area or when food centers or grocery stores will be set up.   Are those people’s lives less worthy than ours? There is enough for all of us, after all.